Guardian Point was incorporated in 2014 to provide clients with a broad range of innovative canine capabilities to meet the security and detection needs of the modern world. As kidnappings, terrorist attacks and bomb threats continue to make headlines, the founders of Guardian Point realized they had the skills to meet these challenges. These skills revolve around harnessing the canines’ natural abilities to provide force protection and hazard detection in any situation. Our goal is to train and equip capable canine teams that can operate independently in every environment imaginable. 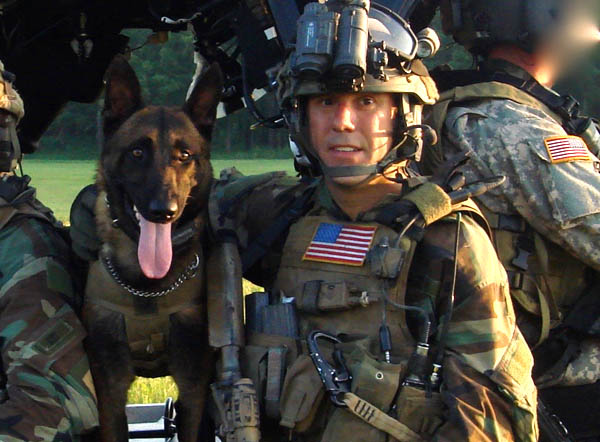 SGM (ret) Siering travels throughout the US and abroad, training and briefing handlers on K9 operations.

SGM (ret) Siering is a subject matter expert with real world experience in: 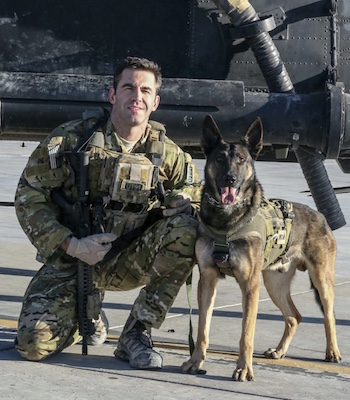 Dr. Sean McPeck entered his Military service in 1996. Since then he has worked his way through various leadership positions, both Active Duty, National Guard, Enlisted, and as an Officer. Dr. McPeck Served as a Sniper Team Leader and as a Veterinarian while with the United States Special Operations Command. He has a combined canine experience of 18 years. While pursuing both his Biology Degree and his Doctorate in Veterinary Medicine, Sean continued his service in both LRSD and National Guard Special Forces units as a Search and Rescue Team Leader, and an Operations Officer.

He has held positions as a State Department military contractor, working in remote, austere, environments in Africa. As a veterinarian, Dr. McPeck has had 3 combat deployments to Afghanistan, totaling over 15 months in combat theaters of operation. While deployed, Dr. McPeck oversaw the construction of canine kennels, built and ran a veterinary field hospital, received canine MEDEVACs at every level, conducted numerous life saving surgeries, and provided point of care veterinary support during Direct Action operations on high value targets.

Sean has operated in every type of environment with canines, both in combat and training scenarios. As a Special Operations Veterinarian, Dr. McPeck authored and implemented the first Comprehensive Canine Conditioning Program, which is currently still being conducted by multiple SOCOM units. He was also accountable for all the preventative care, nutrition, and husbandry of hundreds of Military Working Dogs. Sean also created training and certification classes for dog handlers to be proficient in Canine Tactical Combat Casualty Care, and knowledge of current medical equipment and procedures, which led to the successful life saving interventions by handlers in real world operations.

Dr. McPeck has traveled throughout the US and abroad, training and briefing handlers on K9 husbandry, and veterinary care. He has also worked to rehabilitate canines who have suffered from both mental and physical trauma.

Dr. McPeck is a subject matter expert with real world experience in: 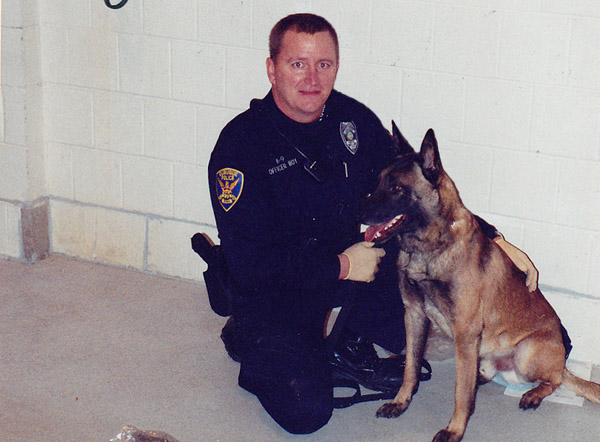 Mr. Roy has 25 years of combined Law Enforcement and Military experience. With over 15 years of K-9 service, including 8 years as a Senior K-9 Trainer for the United States Army Special Operations Command. As a law enforcement K9 officer, Mr. Roy was accountable for all aspects of his department’s K9 unit including training, certifications, and health care. He has extensive experience writing and maintaining training documents. During his time as a K9 handler, Mr. Roy had hundreds of real world apprehensions and narcotics finds. He conducted numerous K9 detection operations with various agencies and organizations including the FBI, ATF, Iowa State Department of Corrections, local businesses, Fed-Ex, UPS and the US Postal Service. While working with the Army, Mr. Roy made numerous trips to Holland, Belgium and Germany testing over 500 dogs for potential service with the Army. During those travels, he observed and trained with the best KNPV and Schutzhund trainers throughout Europe. Mr. Roy possesses a vast knowledge of K9 tactical operations and explosives tactics. He has utilized that knowledge to enhance MWD teams, preparing them for the combat theaters of Iraq and Afghanistan. Many of those teams have successfully located explosives during real world operations. Mr. Roy has traveled throughout the US and abroad training handlers and K9s with agencies such as the FBI, ATF, US Border Patrol, and New York State Tactical Officers. Mr. Roy has deployed 5 times to Iraq and Afghanistan in support of combat operations with Multi-Purpose Canine teams.

Mr. Roy is a subject matter expert with real world experience in: 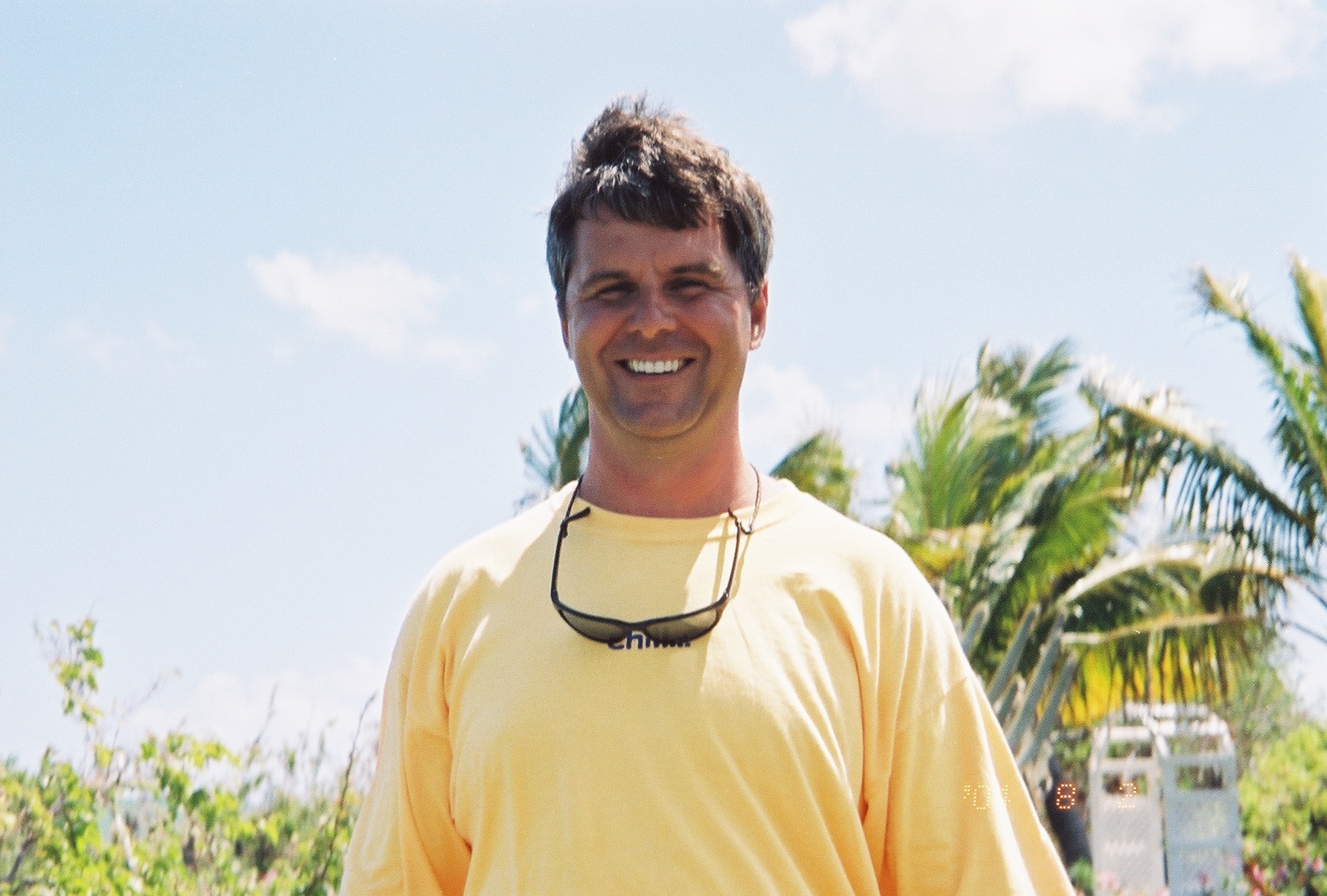 Dr. Michael S. Davis is a veterinary physiologist and board-certified specialist in veterinary internal medicine and veterinary sports medicine at Oklahoma State University where he conducts research on animal exercise physiology and performance. A major focus of his research activities over the last 2 decades has been and continues to be the physiology and pathophysiology of fatigue in canine athletes, including strategies and techniques to improve exercise endurance and avoid exercise-related injury and disease in working dogs. This work has spanned the full spectrum of scientific endeavors, from original field studies in remote/austere environments in which dogs are most likely to be challenged to the creation of educational materials suitable for every level of canine professional.

His studies have produced practical, actionable information for use by dog handlers every day, from understanding the dietary and water intake requirements to monitoring for the avoidance of fatigue and heat-related injury. Dr. Davis has partnered with Guardian Point to provide scientific oversight and educational materials in Guardian Point’s electronic and in-person educational materials, including the revolutionary Advanced Canine Athletic Program app. 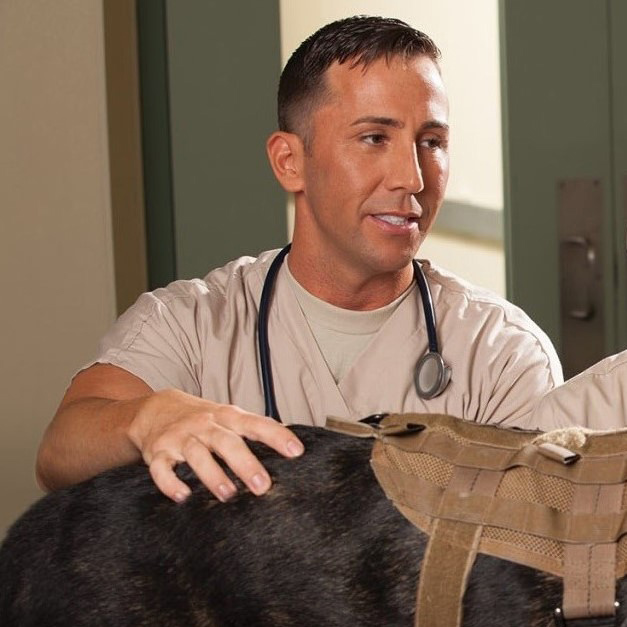 Dr. Nic Cabano is a small animal surgeon and rehabilitation specialist. Dr. Cabano received his DVM from the University of California Davis, followed by two internships through the United States Army, and a small animal surgical residency with a combined Masters Degree at Colorado State University.

Dr. Cabano has served extensively with the United States Armed Forces over two decades and is considered a subject matter expert on working dog clinical operations. His commitment to the working dog has shaped his military and professional careers, with key appointments as the Chief of Surgery and Rehabilitation Services for the LTC Daniel E Holland Military Working Dog Hospital, as well as Attending Veterinarian for the Army Medical Department Center and School in San Antonio, TX. His dedication to working dog wellness led to his becoming a Diplomate of the American College of Veterinary Surgeons in 2013 and the American College of Veterinary Sports Medicine and Rehabilitation in 2017.

Dr. Cabano has worked extensively with first responders, federal agency, and SOF teams in service of the tactical canine athlete. As a surgeon and rehab specialist, he is experienced in shepherding a variety of patients through challenging strength and conditioning programs, as well as, in the rehabilitation setting; including orthopedic and neurologic conditions (surgical and non-surgical). His specific interests center on working dogs as elite athletes, to include: conditioning for injury prevention and enhanced mission capabilities, trauma and wound healing, and management of lumbosacral disease (surgical and non-surgical). He has facilitated Canine Tactical Combat Casualty Care (C-TCCC) since its inception, procured and fielded cutting edge medical equipment and procedures, and consistently led the charge on integrating operational lessons learned into realistic training that saves lives.

Dr. Cabano serves as an author and instructor for the Penn Vet Working Dog Practitioner Program through the University of Pennsylvania. He has authored numerous peer-reviewed journal publications and book chapters, and is an internationally recognized speaker in working dog clinical support to include: small animal surgery, sports medicine and rehabilitation. Outside of medicine, he is a lifelong student of leadership and human performance optimization.